Meeting with some incredible leaders!

Our group of Beeson Pastors have recently met with some incredible international leaders. What a privilege it is to sit down in a small group with leaders who have had a profound impact not only upon the Church but upon the World. 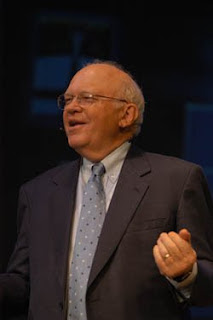 Two days ago, our group had lunch with N.T. Wright (pictured above...the guy in the center with the cool clerical collar and cross) and his wife, Maggie. The Rev. N. T. Wright is Bishop of Durham, Church of England. Bishop Wright is one of today's best known and respected New Testament scholars. From 1978 to 1981 he was Fellow and Chaplain at Downing College, Cambridge. In 1981 he received the D.Phil. degree from the University of Oxford. He then moved to Montreal as Assistant Professor of New Testament Studies at McGill University. He returned in 1986 to Oxford as University Lecturer in New Testament, and Fellow and Chaplain of Worcester College, Oxford. He became Dean of Lichfield in 1994, and Canon Theologian of Westminster Abbey in 2000. Also in 2000 he received the earned D.D. degree for his post-doctoral published research work, principally The New Testament and the People of God, The Climax of the Covenant and Jesus and the Victory of God. In 2003 he was elected and ordained Bishop of Durham. Bishop Wright has written over thirty books, both at the scholarly level and for a popular audience.

Cheers!
Posted by Lenny Luchetti at 10:52 AM

I'm soooo jealous ;) that you got to meet N.T. Wright. I've read his stuff since college and have enjoyed much of it. Even if you don't agree with everything he challenges your thoughts. He is one of the best NT scholars out there.

Greetings Tim. It was a real treat to sit across a table from Bishop Wright. He is as humble as he is thoughtful. He has a great website where you can listen to his lectures and sermons at
www.ntwrightpage.com. Check it out.

I like the books of Ken Blanchard. I stumbled upon it while searching for books to improve my management style. Learned a lot of applicable stuff there.

You might want to know about the Young Entrepreneur Society from the www.YoungEntrepreneurSociety.com. A documentary about successful entrepreneurs.